Earlier this week we told you about the crazy first quarter of motorcycle sales in Europe. By early 2022, bikes were flying out of showrooms as fast as buyers could get loan approval. And then the Russian army invaded Ukraine at the end of February and sales plummeted. This problem has been less noticeable in North America, mostly because the supply-demand curve is still skewed, but some industry insiders are starting to notice the effect here too (less than in Europe, I believe).

Around the same time as this Russian invasion, everyone seemed to finally start noticing the inflation, probably because the price of gas had skyrocketed and could no longer be ignored.

To be clear, fuel costs have been steadily rising since gasoline prices hit basement at the start of COVID-19. However, here in Canada, no one could pretend that was no longer a problem when some gas stations started charging $2 a litre. Americans and Europeans have seen a similar rise in fuel prices, leading inmate @ScottFree to comment, in this Euro sales article:

Interestingly, rising fuel prices (and possibly reduced availability) are cited as a reason for the crash in the motorcycle market. I’m old enough to remember when high prices and scarcity were the reason a lot of people bought motorcycles in the first place.

It’s correct. If you know your motorcycle history in North America, you know that motorcycles sold well during the embargo crisis of the 1970s. So what’s up now? We get this response from @The_Precious_Juice:

Maybe consumers were less afraid for their safety in the 70s. In the United States, we started to become the country of the cowards (not the brave) around the year 2000.

Also, MCs may have been seen more as toys and not frugal means of transportation over the past 40 years. Performance really really increased during this time, and with speed fatalities.

Also, younger people (who have less savings) are more interested in buying something more expensive (battery-powered transportation) than a Honda NAVI, which starts at $1,800 and has a top speed of 50 mph, and would get maybe 95 mpg at 35 mph speeds, basically what it’s designed for.

It’s worth responding to both of these comments, because they tell us why the motorcycle industry basically stabilized in the years leading up to COVID, with no significant growth — and why we might return to it. I blame this on four factors.

In the 1970s, motorcycles were more fuel efficient than cars and cheaper to buy. This difference between two wheels and four is less noticeable today, as cars have better fuel economy. Search through vintage advertisements, like this one from Kawasaki, and you’ll see plenty of money-saving references. I don’t see that emphasis in marketing anymore.

At first glance, current market conditions might look like the 1970s, but things are quite different. The 1970s were infamous for high fuel prices and stagflation, but at that time motorcycles were also a much more fuel-efficient option than cars. Your Lincoln-Nebraska-built Kawasaki KZ400 got 60 mpg and your 1971 Chrysler New Yorker got 12 mpg. These days those numbers would be much closer and the bikes have less of an edge.

People also had more money in the 1970s. Sort of. Whether your economic sympathies lie with the Austrian School, the Chicago School, or the Keynesians, or you just keep twenty rolled up in a mattress, one thing is undeniable: people are more in debt in the 2020s than they are. weren’t in the 1970s, and the buying power of their dollar fell sharply, as did real wages. It’s easy to look around and see a lot of prosperity in the western world. But, you don’t have to look too far behind that facade to notice that millions of formerly middle-class people aren’t doing so well, and even economically secure people are spending a lot of money just to pay off their debt. . Easy credit helps get a lot of bikes out of showrooms, but it makes it easier to buy other things instead of motorcycles (More on that in a minute). 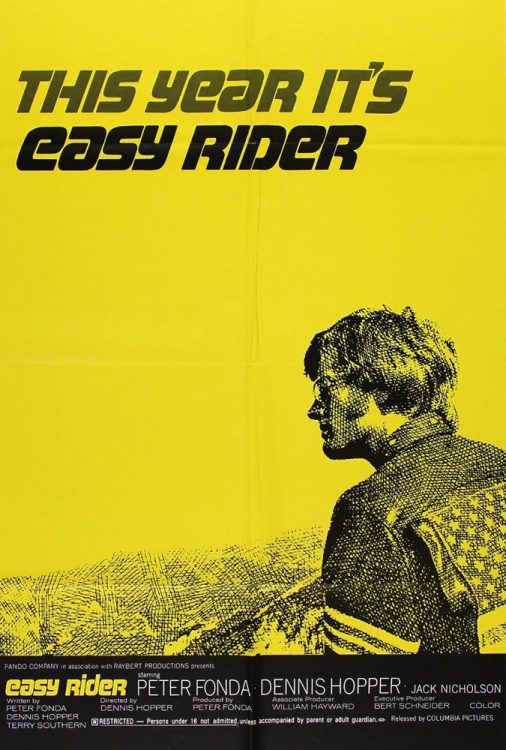 Easy Rider came out in 1969, just before the early ’70s, and audiences dug into the groovy do-as-tu-wilt message. Does the motorcycling scene have the same inspiring counterculture message today? I do not think so. Corporations have no appetite for risk and they shape our society to eliminate it. When was the last time you saw a studio poster promoting a movie emphasizing doing what you want, not caring about working for The Man?

Society wants to be safe, not free – and that means fees

Are Americans, and the rest of the developed world with them, the land of cowards, as @The_Precious_Juice says in the comments? I really don’t know how to respond to this comment, but I will say this: I don’t know if the general population has less, more or the same level of bravery as in the 1970s, but I can definitely say that companies have much, much less tolerance for risk, and that certainly drove up the cost of the bike. It might have been more dangerous, but it was certainly a lot easier and cheaper to get a motorcycle license and insurance in the 1970s, and people didn’t worry as much about ATGATT, which is a initial cost that some new drivers have a hard to swallow. Government (biggest business of them all!) and insurance fees make motorcycles an impractical choice for many motorists.

My wife’s little brother is a good example. In his first year of ownership, he paid around $750 CAD to insure his Yamaha XT250, perhaps the most anemic motorcycle on the market at the time. That’s a lot of burger spills for a high school/college student working part-time, and that’s only after he paid $500 for his driver safety course and $5,499 MSRP plus destination fee plus the PDI plus a series of government sales taxes. I honestly can’t believe he did, and there’s a reason his older brother (in his mid-twenties) sold his KLR and got into dirt bikes: he couldn’t justify the ongoing insurance and fees required to keep his dual-sport on the road. His best friend, also in his twenties, is contemplating the same. 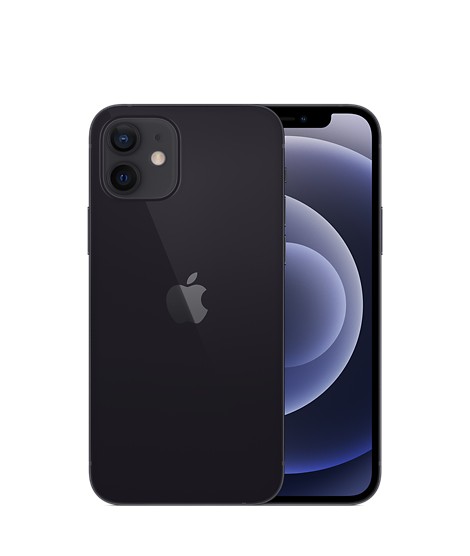 This iPhone 12 costs $949 in Canada before taxes, not to mention your monthly service charges and data bill, etc. I spent a lot less on motorcycles. It’s just one of many consumer products that compete with motorcycles for the attention of buyers, but it’s probably the most important. Picture: Apple

Reviewing the rest of @The_Precious_Juice’s comment: I disagree that the increased performance of motorcycles scared off buyers, or even insurers, not exactly. I believe the upgraded tires, ABS, and other safety features more than make up for the power increase. However, these upgrades can also drive up the price of the bikes, at least initially, and that probably didn’t help.

I believe this part of the comment goes to the heart of the matter: “…perhaps MCs have been seen more as toys and not frugal transportation devices over the last 40 years… Also, young people (who have less savings) are more interested in buying something more expensive (battery powered transport) than a Honda NAVI, which starts at $1,800 and has a top speed of 50 mph, and would get maybe 95 mpg at speeds of 35 mph, basically what it’s designed for .”

You know when motorcycle sales got out of hand, bad? In 2008. Everyone blames the Great Recession, and that’s probably the right answer. But, do you know what else happened in 2008? Steve Jobs released the iPhone. No other device has transformed our current world so completely and quickly.

In the 1970s, if you wanted to hang out with your friends, meet girls (or boys), shop for groceries, go to restaurants, whatever, you needed a vehicle. Now you need an app. And with this change in society, we have also seen a change in attitude towards battery-powered vehicles. Despite the seldom-discussed pollution of electric vehicles, they are still considered a cleaner and more enjoyable option than a smelly gas-powered motorcycle. An expensive e-bike is hip, green and easy to live with, even in the heart of the city. This is not the case with a motorcycle.

Another change brought by the iPhone in our society: mobile phones represent a huge expense. Some people buy cheap phones with cheap data plans, others buy expensive phones with expensive data plans, but that’s all the money that could have been used on motorcycles otherwise. I’ve bought motorcycles for less than the cost of a new iPhone, and that $1,000 or less range was often the entry point for a cheap bike. Today, second-hand bikes are more expensive, and a cell phone offers youngsters endless dopamine shots without perceived risk. No wonder bike sales never returned to pre-2008 levels.

And cell phones are just one part of today’s world of consumer electronics. You have tablets, video game consoles, gaming PCs, etc. None of this was available in the 1970s, competing for consumer money.

Motorcycles are simply not available

One last stupidly obvious point: in some areas, especially those with smaller dealerships, motorcycles are simply not available, due to supply chain issues. Even if there is demand, which there certainly is in many parts of North America, dealers can’t sell bikes they don’t have. Even if some machines are available, buyers won’t buy bikes they don’t want. I see it at my local dealers. They have Suzuki DR650s in stock (or at least they did for a while), but if you want a Yamaha Tenere 700, better get on a waitlist. More desirable bikes are still hard to come by in high-demand areas, suppressing sales in areas that might otherwise do well.

How can we change these problems?

That’s the big question, isn’t it? Before COVID hit, the motorcycle industry was very worried, holding summit-like meetings to brainstorm answers. COVID-19 has kind of restarted the motorcycle industry creating a huge demand for new and used bikes, but if that fades in the coming months the industry will be back in the middle doldrums from the 2010s. So I want to hear in the comments: Do you agree with the issues I’ve outlined above, and if so, how would you go about solving them?